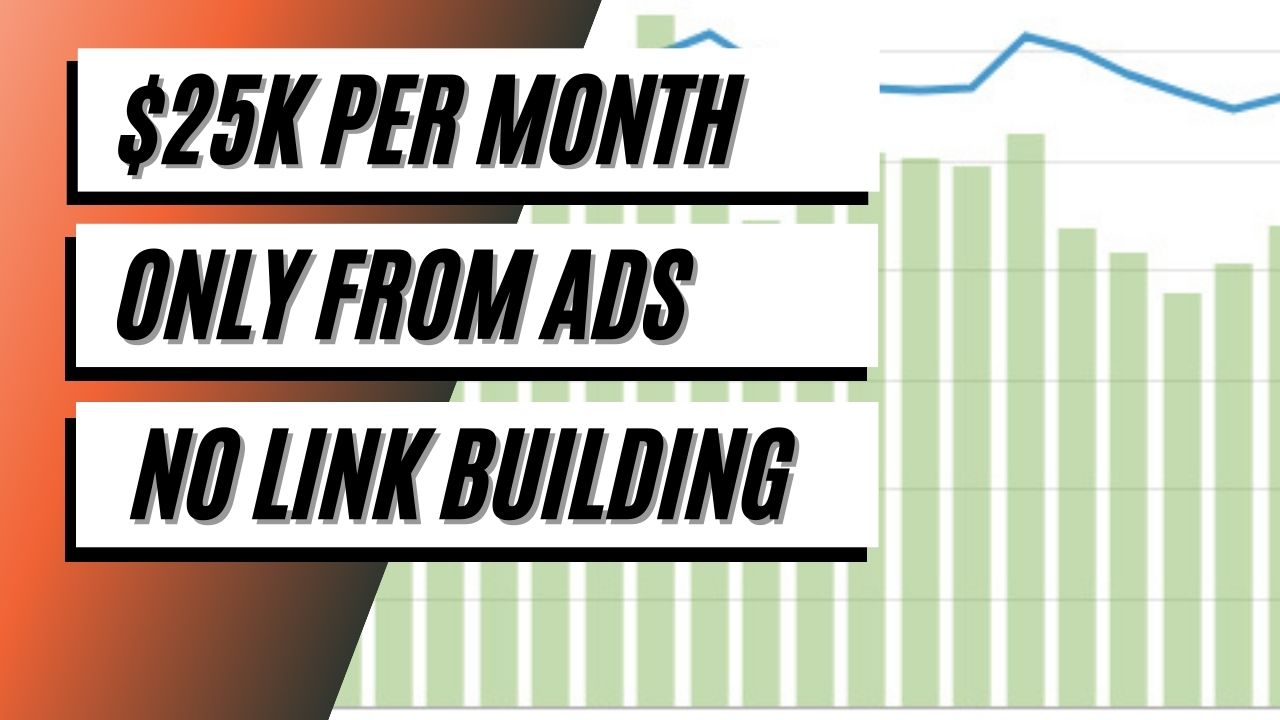 We just made $25,011 only from ads in one month, across four websites!

We have done it in 21 months! We started our first site in the last days of 2019 when things were still normal in the world.

Since then, we have published a lot of articles, about 3000 articles in total across all three websites.

A year and a half later, in the last 30 days, those three sites made $25,011 with AdThrive alone (no affiliates at all)!

Here is how we did it…

Contents hide
Summary: How We Did It?
Idea and Motivation
Number of Articles Published
Traffic Numbers
What We Learned and What The Future Holds

Summary: How We Did It?

Before we move on to the traffic and revenue numbers, let me give a quick summary of the approach we took.

Proper keyword research is by far the most important thing when it comes to building websites.

Whenever we build a site, we spend days, if not weeks, simply researching the niche and coming up with a long list of keywords to go after.

For every keyword, we:

After we make the keyword list to go after, the writing starts.

We believe (and our case studies confirm this) that publishing A LOT of content on the subject helps Google identify you as an authority in the niche.

This will lead to better (and maybe even faster) rankings.

So, what was the motivation behind starting to build websites?

Love for the niche and money, of course. 🙂

… and without any link building in the beginning…

We wanted to see if we can go after a ton of keywords with low competition, write the articles fast, see them rank quickly, and monetize the site with the ads.

About 20 months later…, well you can see our results below from AdThrive.

This is our third, newest, and biggest site.

This site is growing just crazy. Check out its monthly earnings and pageviews on the image below.

Again, in the beginning, low competition keywords, then when Google recognized us, we started writing on everything.

As you will see, more than half of its posts are less than 6 months old and still need to start ranking.

Here is our second site.

It is 19 months old and it is bringing over $4400 per month, and constantly growing from month to month.

We pushed a lot of content here, and still are, so we did put in some amount of money, but in about 3 months it paid off.

Again, low competition keywords at first until we got some authority, after that, a lot of content on all keywords in this niche. I have to say we are becoming one of the bigger authorities in this space.

We expect a lot of growth in the next few months, and especially as the pandemic starts to calm down.

This is the first niche site we started in late 2019. As it was our first one, we made a lot of mistakes on it.

Still, after we learned a lot through our other sites and working with a lot of clients, we managed to make this site start ranking.

How we did it, well only with targeting low competition keywords done by the same keyword research we offer to our clients.

As you can see, we just brought it on AdThrive and it is already earning pretty nice.

There are around ‘only’ 130 articles on it, and we don’t expect much from it, because we don’t really work a lot on it.

How we did it, well only with targeting low competition keywords done by the same keyword research we offer to our clients.

As you can see, we just brought it on AdThrive and it is already earning pretty nice.

As previously mentioned, the idea was to publish a lot of content.

The third site was created on June 29, 2020, and in the first few months, we published around 30 articles, all written by me.

Even though the quality was not the best, and I am not a native writer, some of those articles still bring the most pageviews.

In August 2020 (about 30 days later), we decided to give the articles to our writers to start producing a lot of content and see how it will work out.

The second site was created in February 2020, and in the first few months, we published just ten articles and wanted to give up on the case study.

The reason for that is we were writing the articles ourselves, and we just didn’t have the time to do it.

Two months later, in April 2020, we decided to give the articles to our writers to start producing a lot of content and see how it will work out.

The first site we made doesn’t have that much content. The first 100 are a big miss. First and most importantly in terms of wrong keyword research. In our defense, it was our first website built this way, without link building.

You are probably wondering how things played out through the months.

Let’s take a look at the traffic growth of the sites.

Take a look at the numbers these three sites are pulling.

We could see some happenings around 3-4 months.

Nothing major, but still very nice to see, and it gave us more reason to continue working on it.

Take a look at its curve.

It grew for more than 200,000 pageviews in the last sixty days! I mean, this is just crazy!

The reason for such high growth in new users and pageviews is that we still have more than 50% of articles less than six months old!

Let’s take a look at our second site.

The first 6-7 months are a ghost town… as it usually is.

It took us a year to get to 100k pageviews per month. Pretty awesome! 😀

Let’s take a look at our third site.

This site took a very long time to get to some decent numbers.

As I already said, we made bad keyword research, and no writing in the world can save it if you don’t find topics that a new site can rank for. At least not without link building (and this site has no link building whatsoever – we will have to start working on HARO for it).

That said, all the new keywords we found, started ranking pretty fast because it looks like its age has brought it out of the Google sandbox.

Now, even the old keywords are starting to rank, but again, bad keyword research, those don’t have expected search volume. Still, it brings sites overall authority in the niche.

Take a look at its growth curve. It really does look nice, even though the numbers are nowhere near like the next two sites.

What We Learned and What The Future Holds

There are ways to build a good passive income without the site being the affiliate one, or building links.

… and this case study shows that!

All four of our sites are growing pretty fast as can see above, and that is really nice to see.

But, what also makes us happy is our fifth site, which we just applied for the AdThrive (it just reached 30k page views)!

We expect to see it on AdThrive in a matter of days!

We will update our case study with the fight site and with more info on the growth of the old ones. Stay tuned! 😀

Join our mailing list to receive discounts, case studies, and tips & tricks that will help you grow your site!